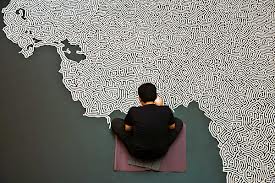 Return to the Sea: Saltworks

Today,we ventured to the Halsey Gallery of Contemporary Art on the College of Charleston campus in downtown Charleston.  I am always amazed at the exhibits they produce.  If you have a chance, do yourself a favor and catch the “ReBound” exhibit which features five artists who rework old books or magazines into their own sculptures.  It is quite fascinating.

However, Motoi Yamamoto “sang” to me last year with his installation of Return to the Sea: Saltworks.  He lost a sister to Brain Cancer at the age of 24 and found that manipulating grains of salt in brain-like patterns brought him a peaceful healing while thinking of her, and remembering the time he had with her.  We were fortunate enough to have him do a piece in our Halsey Gallery during Spoleto in 2012.  Obviously, it touched me so, and has stayed with our community.  At the end of the exhibit, Mr. Yamamoto invites anyone interested to dismantle the salt, which is not adhered to the flooring in any fashion.  The process includes scooping salt into Morton salt containers and returning the salt into the ocean as a community.  Recycling: at it’s core…the circle of life.  ❈ 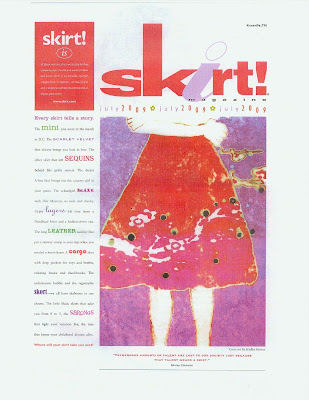